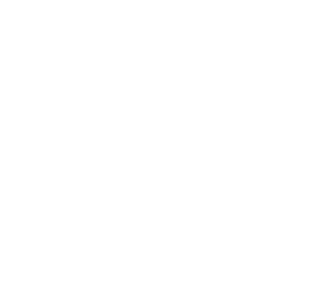 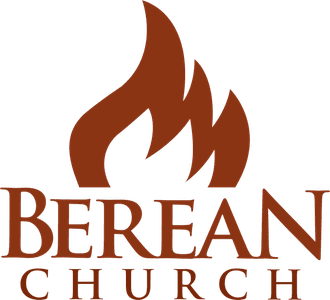 Follow along with the most recent message notes from Berean Church

GENESIS, THE BOOK OF BEGINNINGS #3

A. The word Genesis means “beginning” or “origin.” It tells of the beginning of heaven and earth, plant, animal and human life and all human relations.

B. Harold Willmington said, “Genesis is, by any conceivable standard, the most important book ever written. It is the foundation to all human learning.”

• Genesis 1 tells the story of the creation of the heavens and the earth.

• Genesis 2 tells the story of the creation of man and woman (Adam and Eve).

• Genesis 3 tells the story of Satan tempting the first couple and sin entering into the world. This is one of the most important chapters in Scripture.

THE TRINITY IS SEEN FROM THE BEGINNING

Genesis 1:1-5 (NLT) “In the beginning God created the heavens and the earth. The earth was formless and empty, and darkness covered the deep waters. And the Spirit of God was hovering over the surface of the waters. Then God said, ‘Let there be light,’ and there was light. And God saw that the light was good. Then He separated the light from the darkness. God called the light ‘day’ and the darkness ‘night.’And evening passed and morning came, marking the first day.”

A. Perry Stone brought out that the first three verses in Genesis reveal the Trinity.

Vs. 2 The Spirit of God refers to the Holy Spirit. He is seen hovering over the earth. “This Hebrew word implies a gentle fluttering and is used to describe a mother hen as she flutters above her chicks” (Genesis, pg. 3, John MacArthur).

Vs. 3-5 The light seems to refer to Jesus. Though Jesus pre-existed with God, He is the initial Light that is seen on the first day of creation.

B. In verses 3-5, we see the first day of creation. We see that day and night/light and darkness were seen upon the earth. The light spoken of here is not the sun and the moon. They were not created until the fourth day (vs. 14-19).

C. Many believe that the light being spoken of in Genesis 1:3 is Jesus. “God is light” (1 John 1:5). The Lamb of God Himself lights up the heavens and the earth.

Revelation 21:22, 23 (NLT) “I saw no temple in the city, for the Lord God Almighty and the Lamb (Jesus) are its temple. And the city has no need of sun or moon, for the glory of God illuminates the city, and the Lamb is its light.”

THE FALL OF MAN

A. The record in Genesis 3 is not a myth or a fable. It is an actual account of the fall of Adam and Eve and the curse that came upon mankind and the earth as a result.

B. We know that this serpent is Satan. John describes the enemy as “that ancient serpent, who is the Devil and Satan.” (See Revelation 12:9; 20:2 MEV.)

C. His original name was Lucifer, which means Shining One. He was an anointed cherub (angel). Lucifer seemed to be the master musician of heaven. Many scholars feel that he was the worship leader in heaven. But he fell because of his pride. He wanted to be like the Most High God and was cast out of heaven and onto the earth.

D. Lucifer fell long before Adam and Eve were created (Luke 10:18). He was already a fallen being when we see him as the serpent in the garden.

E. Satan is not actually a serpent or a snake. But he seems to have inhabited a serpent when he came to Adam and Eve. He is seen here tempting Eve.

G. If God had not given Adam and Eve the choice to eat of the tree they would have essentially been robots, simply doing what they were programmed to do.

I. Eve was not present when God gave the command to abstain from the tree of the knowledge of good and evil. She wasn’t even created yet (Genesis 2:15-17, 22).

J. Did Adam give Eve incorrect information or did she simply misunderstand it?

She said, “You shall not eat it (the fruit), nor shall you touch it” (vs. 3). The Lord never said not to touch it. She added that part.

Vs. 4, 5 “Then the serpent said to the woman, ‘You will not surely die. For God knows that in the day you eat of it your eyes will be opened, and you will be like God, knowing good and evil.’”

B. Satan began by casting doubt about the reliability of God’s Word. Now he outright lies and says that they won’t die if they eat the fruit.

C. He hints that God was withholding some secret information—some “higher knowledge”—in order to keep Eve under His dominion. Satan tried to discredit God’s character.

D. According to 1 John 2:16, the world system uses three devices to trap believers:

E. Human nature doesn’t change. We see all three of these temptations in the garden of Eden.

Vs. 6 “So when the woman (Eve) saw that the tree was good for food [the lust of the flesh], that it was pleasant to the eyes [the lust of the eyes], and a tree desirable to make one wise [the pride of life], she took of its fruit and ate. She also gave to her husband with her, and he ate.”

A. Eve was deceived by the cunning serpent. But Adam openly disobeyed. He may have been there for the entire conversation. He should have spoken up!

Vs. 7, 8 “Then the eyes of both of them were opened, and they knew that they were naked; and they sewed fig leaves together and made themselves coverings. And they heard the sound of the Lord God walking in the garden in the cool of the day, and Adam and his wife hid themselves from the presence of the Lord God among the trees of the garden.”

A. Adam and Eve already knew good. Now they would experience the evil effects of sin in their life.

B. In once sense, Adam and Eve were not “naked” before the fall. They were clothed with the God’s glory. When they sinned, the glory of God lifted off of their lives. Romans 3:23 says, “all have sinned and fall short of the glory of God.”

Vs. 21 “Also for Adam and his wife (Eve) the Lord God made tunics of skin, and clothed them.”

A. It wasn’t just that God didn’t like the look of feel of fig leaves. Fig leaves were insufficient. When sin is committed, blood must be shed.

B. H.A. Maxwell Whyte said, “If man is left to himself he usually invents religions that do not require the shedding of blood. These are fig leaf religions” (The Blood, pg. 24).

Vs. 9-11 “Then the Lord God called to Adam and said to him, ‘Where are you?’ So he said, ‘I heard Your voice in the garden, and I was afraid because I was naked; and I hid myself.’ And He (God) said, ‘Who told you that you were naked? Have you eaten from the tree of which I commanded you that you should not eat?’”

B. God doesn’t ask us questions because He doesn’t know the answers. He knows everything. He was drawing Adam out on what he had done.

C. For the first time man began to experience fear (“I was afraid”) and shame (“I hid myself”).

A. Human nature always plays the blame game. The Lord asked Adam and Eve a question. (He obviously knew the answer.) They felt ashamed so they passed the buck and blamed someone else.

B. Adam blamed both Eve and God Himself for his own failure.

A. Eve put the blame on the devil. She said that it wasn’t her fault. It was the serpent’s fault.

D. The apostle Paul assumed that Adam was a historical figure and that the record in Genesis was factual.

GOD’S PROMISE TO MAN, THE SEED OF THE WOMAN

A. Sin entered into the world and would effect both the entire human race and all of creation. But God! God had a plan—the plan of redemption!

Genesis 3:15a “And I will put enmity between you (Satan) and the woman, and between your seed and her Seed (capital S)...”

B. Mel Piper said, “Genesis 3:15 is the foundational Scripture for the rest of the Bible; the message of the entire Bible is based on this single verse.”

D. Here it speaks of “her Seed.” This is a prophecy about the virgin birth of Jesus Christ—the coming Messiah.

• Satan bruised the heel of Jesus at the cross (crucifixion). A bruise may hurt but it is by no means fatal.

• Jesus crushed the head of Satan at the resurrection. When the head is crushed it is ultimately fatal. There is no recovery.

E. Satan’s infliction on Jesus was only temporary. Through the resurrection, Jesus’ victory over Satan is permanent.

Example: A snake may bite at the heels of someone near them but the end result is that it will be stepped on and its head will be crushed and destroyed. MFM 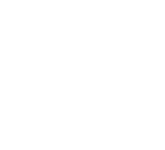 Welcome to Our Family

Rooted in the Word, Loving our Pittsburgh Community. Reaching all generations through worship, the Word, and ministry to others.